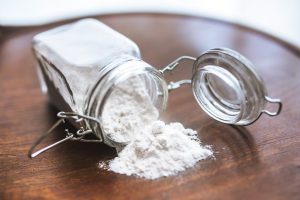 Fenbendazole (often referred to as Fenben or Panacur) – a broad spectrum benzimidazole class anthelmintic drug. The medication has been introduced in 1974 and is currently used all over the world. It is inexpensive to produce and is available over-the-counter in many countries. (Source)

In the past couple of decades, it has been noted that fenbendazole and medications of the same class exhibit a measurable anti-cancer effect. Various research demonstrated that anthelmintic drugs alone could be effective in causing regression of various tumor types, they could also be used in combination with other conventional treatment methods.  (Source1, Source2, Source3)

These findings led to speculations that fenbendazole could be repurposed for use as a complementary anti-cancer medicine. Intriguingly, benzimidazole class drugs appear to work in a similar fashion as a wide range of modern chemotherapeutic drugs, such as taxols and vinca alkaloids, without the excessive toxicity. (Source)

The available toxicological information suggests that fenbendazole seems to be well tolerated in humans after oral exposure and has very few side effects. However, observations in humans are limited. (Source)

Under normal conditions, pure fenbendazole appears in powder form, whitish color and has poor solubility in water. When dissolved in acetone, the compound emits colored impurities above itself.

Fenbendazole has limited absorption in the intestinal tract after oral administration. When consumed, not more than 10% of the medication is absorbed.

Bioavailability can be increased by the presence of food in the gut. Food slows down the intestines and increases blood flow to the digestive tract, improving the absorption of the medication.

Note: The Amazon affiliate link helps us cover the costs associated with running the site.